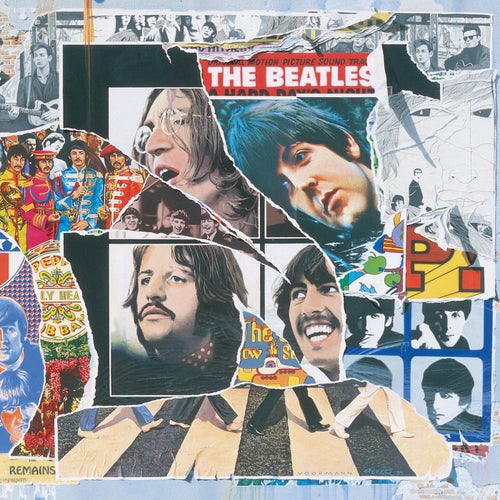 Auf Napster abspielen
Veröffentlicht: Oct 1996
Label: Emi Catalogue
The final installment in The Beatles’ extensive Anthology series spans from early 1968 to their final recording session in January of 1970. Despite frequent feuding and having to oversee their label, Apple, in the years just prior to their dissolution, they were as prolific as ever -- maybe more so.

After recording no less than 40 tracks for potential inclusion on “The White Album” (including an early batch of home demos, several of which are featured here), they turned right around and dove into the Get Back sessions, which amounted to a small mountain of tape. They then regrouped for a final flurry of studio activity that resulted in the landmark Abbey Road.

The many early and alternate takes found on Anthology 3 are mandatory listening for anyone wanting a better understanding of The Beatles' history. Yet it’s the smattering of rejected songs that ultimately make the collection so indispensable.

In their final two years, the quartet recorded a wealth of top shelf material that for one reason or another didn’t make it onto any album. These include Paul McCartney’s wistfully nostalgic ballads “Junk” and “Teddy Boy” (both were re-recorded for solo efforts), as well as “Come and Get It,” a proto-power pop nugget that he wound up giving to Badfinger. Another gem is John Lennon’s “What’s the New Mary Jane.” One of The Beatles’ most mythical “lost songs,” it consists of six minutes of chanting, shrieking and echo-soaked psychedelia that rivals “Revolution 9” in the avant-garde department.

But maybe the most revelatory rejects are from George Harrison. Recorded during “The White Album” sessions, “Not Guilty” is a moody jazz-rocker that details the guitarist’s increasingly frayed relationship with his mates. Even more potent is a demo of “All Things Must Pass.” The soulful confessional (which became one of his most beloved solo works) is yet further proof that Harrison’s songwriting talents in 1968 and ’69 had caught up to those of Lennon and McCartney.

Definitely don’t sleep on the clutch of Get Back outtakes anchoring the middle of Anthology 3. Though “I’ve Got a Feeling,” “Dig a Pony” and “For You Blue,” all saw the light of day on the Phil Spector-mixed Let it Be, these earthy and stripped-down versions are stunning proof that The Beatles didn’t need a single studio gimmick to be an utterly amazing rock ’n’ roll band.
Justin Farrar